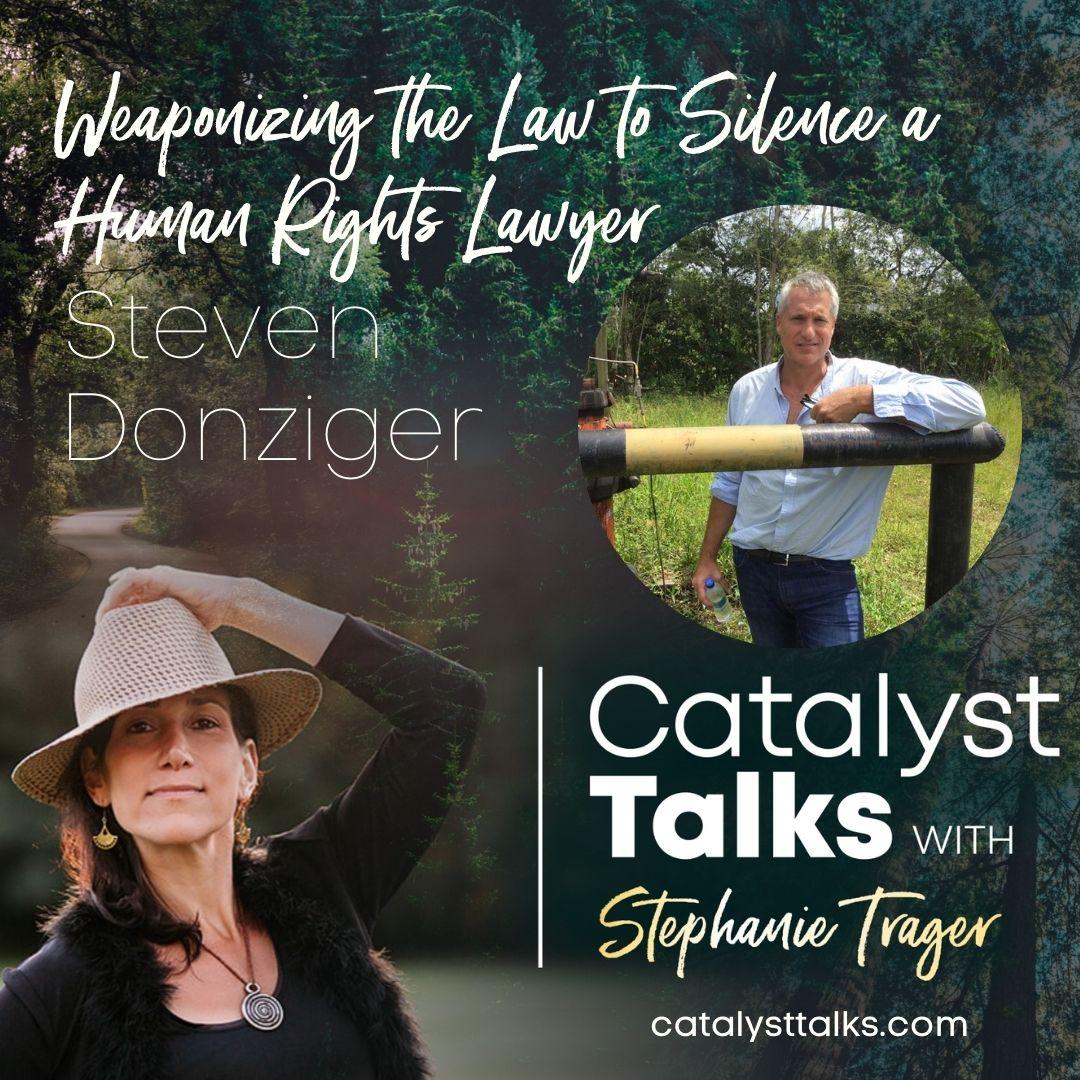 Steven Donziger is a renowned advocate, writer, and public speaker with a focus on addressing human rights abuses and corporate malfeasance. He is part of the team working with indigenous and farmer communities in an area of the Ecuadorian Amazon rainforest suffering from high cancer rates and other health ailments related to the massive oil pollution caused by Texaco, now owned by Chevron. In 2011, the affected communities won a historic $9.5 billon judgment against Chevron for the environmental cleanup of what experts consider to be one of the worst oil-related catastrophes in the world. Known for his “Herculean tenacity” (Business Week), Steven has represented the affected communities since first visiting the region in 1993. Steven also founded Project Due Process, a legal advocacy group for Cuban detainees who arrived in the United States in the Mariel boatlift.

He is the former director of the non-partisan National Criminal Justice Commission that in 1996 produced the landmark study, The Real War On Crime, published as a book by HarperPerennial. Steven’s analysis and commentary on human rights, environmental, and criminal justice matters has been featured in numerous legal publications, academic journals, and news outlets. He is the former chief correspondent for United Press International in Nicaragua, where he reported for a variety of publications during the U.S.-backed contra war. After graduating from Harvard Law School in 1991, Steven worked as a trial attorney for the District of Columbia Public Defender Service.

He currently serves on the Board of Advisors to the Fortune Society, the largest self-help organization for ex-offenders in the United States. In 1991, Steven led a mission to Iraq of lawyers, public health specialists, and military experts to assess the impact on civilians of the bombing during the first Gulf War. The group’s report, which found that an estimated 100,000 children would die following the cessation of hostilities because of damage to the Iraqi health care infrastructure, was adopted by the United Nations and attracted coverage in more than 400 newspaper and media outlets throughout the world. Steven lives in New York City with his wife and son.

Learn about and support his case here

Be an ally and take action:

And if you like reading legal briefs:  Petition for Mandamus from Judge Kaplan and Preska (asking them to do their duty and release Steven Donziger)