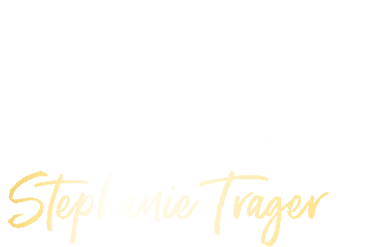 In 2012, Hurricane Sandy washed away Jake’s home on Broad Channel, NYC. His life up-ended, losing his TV contracts and being forced to move into Grandma’s Basement, in Lewiston,Maine. Grandma’s Basement, by those who follow him, have become synonymous with a Dark Night of the Soul. He lived there for two years, searching for what he would do next. After moving to Maui from his grandma’s basement and becoming friends with Ram Dass and Shep Gordon, Sasseville became interested in the world of transformation as he saw the trend of health and wellness. He also was hosting people in his 2,500 square foot home and cottage in Kula, Hawaii. He created Imiloa in response to the trend toward health and wellness but also recognizing that human beings want to feel at home in their transformation.

It is well known that Jake approached his soon-to-be-business partner Nadav Wilf four times with the idea of Imiloa before Wilf got inspired by the idea. The pair in 2017 notoriously raised $3.5 million in five Facebook posts,making a dent in the social impact world of investing by gathering 38 investors from 19 countries for Imiloa’s formation.

The first of 7 planned inter-continental institutes. Imiloa is in the Dominical mountains of Costa Rica. and is a transformational retreat center specializing in group experiences and eco-luxury with plant-based cuisine. Guests come here to awaken their consciousness. Jake has been a successful podcast host, television personality and character creating space and connection for people to thrive.